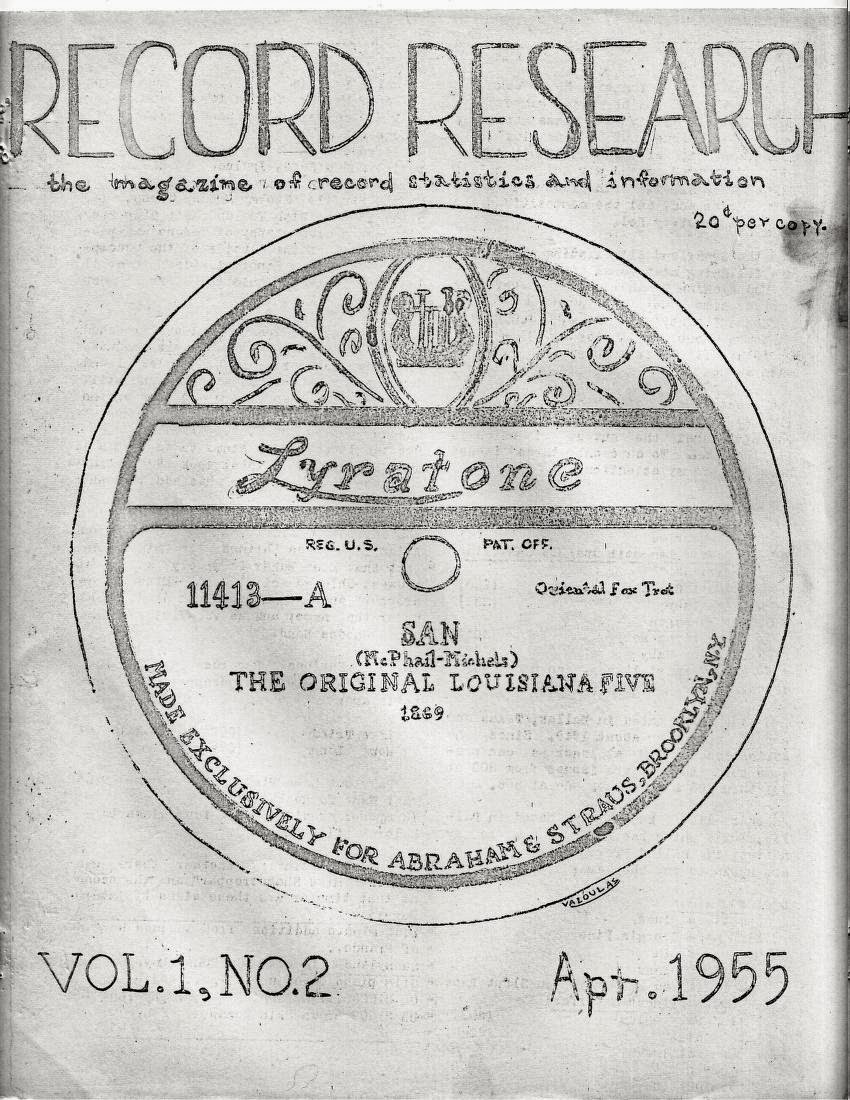 SO, I am once again trying to do some genealogy blogs and I came across a new challenge for the year - a different challenge each week, maybe this time I will actually stay with it! The challenge this week is to write about an ancestor who was long lived, like a centenarian. I don't have any on my mother's side, I don't think anyone made it to 90, but I do on my biological father's, along with several who made it to their 90's. I was going to write about 4 of them, but that started looking really dumb and convoluted, so I will mention that my great uncle Paul, who was a tailor for along time in the garment district in New York, lived until he was 106, and he was still playing with a full deck when he died in 1981!  If I have to live that long, I sure hope I emulate his healthy mind!

Antonino (Anthony) Rotante was born 15 Jan 1909 in New York City to my great grandparents Pasquale Rotante and his wife Grazia Brocca.  This is according to his birth certificate, but there is a story that goes with this that is a bit different. Apparently he was really born 28 Dec 1908, the same day as  the devastating earthquake and tsunami in Messina, Sicily which is where his parents were from. 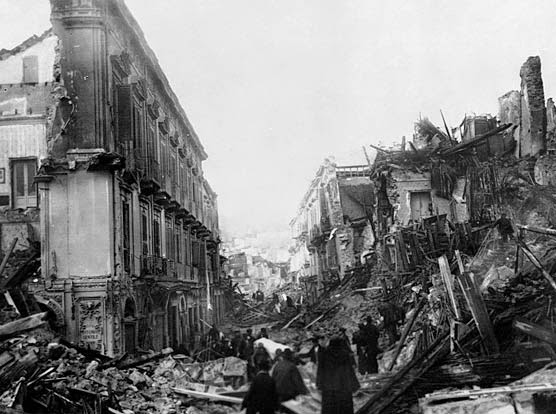 http://www.britannica.com/EBchecked/topic/1483443/Messina-earthquake-and-tsunami-of-1908
In Sicily, you were conscripted into military service at the age of 18 and she figured if she changed the date of his birth into the next year, he would have a year longer before he had to enlist in the US Army! The midwife had no problem with this and Uncle Anthony did not learn of his real birth date for a very long time.

He had a normal upbringing, but as he became an adult, he was fascinated with Jazz and Blues music. It became an obsession of his which he put to good use writing for a magazine called Record Research and he was considered a "Blues" authority. He is mentioned in several books: Lightening Hopkins: His Life and Blues by Alan Govenor states "...Prior to the publication of Charter's book The County Blues, accompanied by the release of his Folkway recordings of Lightening Hopkins in 1959, little had been written about the subject...the first attempt at a Lightening Hopkins discography was compiled by New Yorker Anthony Rotante and published in the British magazine Discophile in 1955.
The Blues Encyclopedia by Ed Komara and Peter Lee says "in a companion magazine to Jazz Information, Blues Research was managed by Anthony Rotante and Paul Sheatsley." 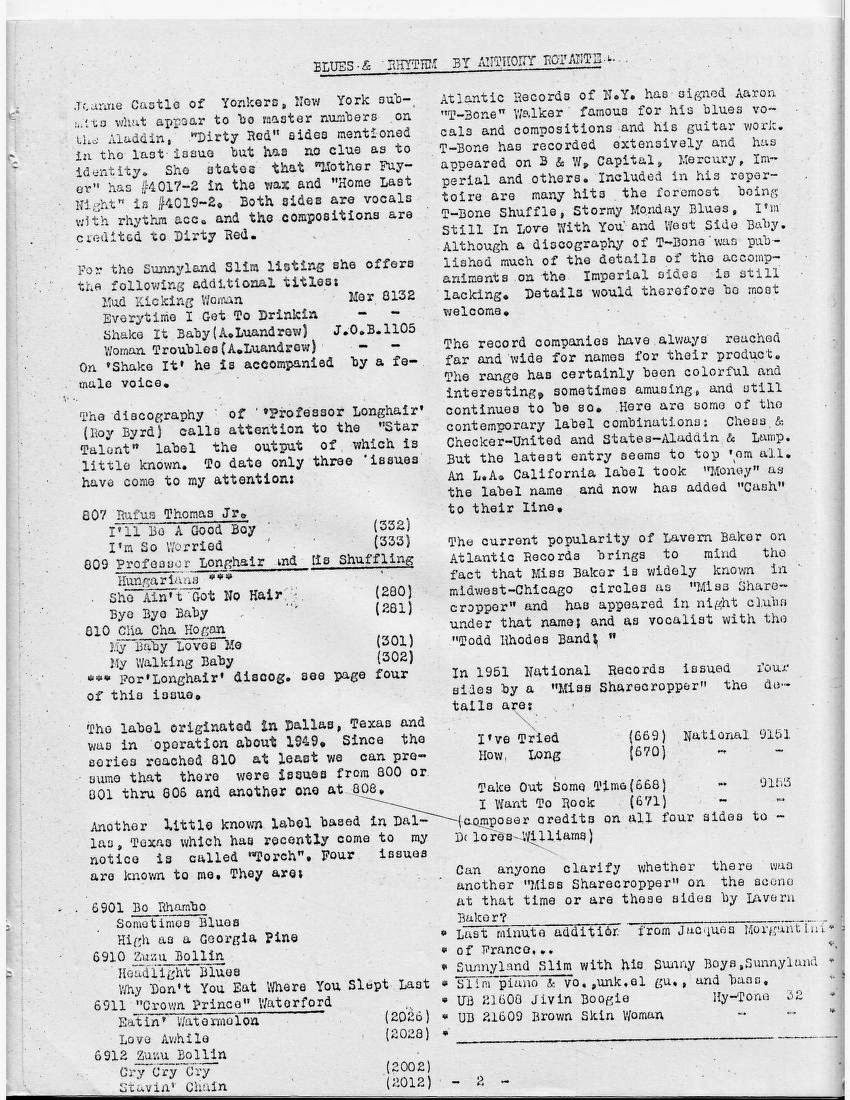 Some of the articles he wrote for Record Research included "Edith Piaf, the early years, Polydor Records 1936-1944" (June 1983), "Maurice Chevalier on Pathe-Salabert Labels" (Nov-Dec 1975) and "The King of the R&B Labels"(Apr-May 1969. I found some of his articles here:
https://archive.org/stream/RecordResearch2/RR2#page/n1/mode/2up

Along with all this, he worked for the city of New York in the Budget Bureau and worked specifically for the Mayor's Office under several administrations. I know one of the was John Lindsay, but am not sure of the others.

He was very interested in genealogy and in the 1950's took a trip to Messina to see if he could find any family records. Because of that terrible tsunami the day he was born, there were no records to be found. Even on our last visit he was pondering if there was any other place else he could look. Just recently I found some digitized records from Messina on familysearch.org as many towns had to send records on to the church or state record's agencies.  I found his father's birth info and am hoping over time to be able to delve deeper into this part of my family.

I did not meet him until he was in his early 90's as I did not grow up knowing my father or his family. I was amazed at how clear he was at that age and that he was computer literate! He loved that my son was a musician and wanted to introduce him to good jazz, so he mailed him several cassette tapes and articles about the different types of jazz they showed. We corresponded back and forth for several years and when he would come up to NY from his retirement home in Florida to visit his daughter, we always met for lunch. He finally passed away at the age of ninety-eight. Just before he died, he donated  his rare collection of Duke Ellington records, tapes, books and other memorabilia to the African American Research Library and Cultural Center and his other collections to The Archives of Blues and Jazz, both in Fort Lauderdale,  surely a wonderful legacy to leave behind.