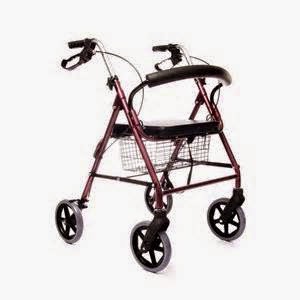 Wow! It has been a really long time since I have even thought about coming back to blog again. Having my knees done really took the starch out of me. It ended up I couldn't get both done at one time, so I had to settle for the end of June and the beginning of December. 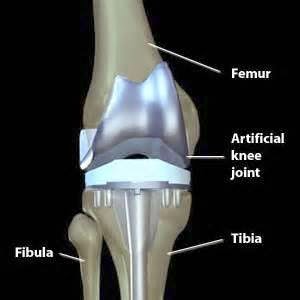 Both surgeries went well although there were big differences in how things went immediately after surgery. The first time, I never was asked to get out of bed. I was on morphine the first day and then oxycodone. They tried to use an apparatus that moves your leg for you in a bicycle type motion, but they waited too long to get it on me and my legs were so swollen I'll admit I screamed. It should have been attached right after I came out of recovery. Why they waited a full day I will never know, but I asked for the doc and he decided I didn't need it. Then they thought I had a blood clot one night and  rushed me down to xray to check it - that was a little scary, but it turned out alright. The weirdest thing that happened was I had this strange sort of psychotic thing happen! A nurse was putting the morphine in my IV, but it apparently had infiltrated and was just running into the top of my hand - the pain was unreal! Then I thought all these weird things - that she was trying to kill me because I was a Christian and I was so scared and trying to think of ways to escape. When they finally realized what had happened I had settled down, but it was flat out the strangest thing I have ever gone through!

My surgery in December was SO different. After surgery, I was sitting up in bed enjoying some TV and I felt wonderful all night. They got me out of bed the next morning and to my surprise I was strong enough to make it to the bathroom while they followed me with a chair. That afternoon they brought me down to a gym and I started physical therapy in a group setting - so incredibly different - same hospital and same doctor - go figure!

Both surgeries required about six weeks in a rehab center. I can't imagine how people go straight home after one of these, there was no way I could get up and down the stairs or to the bathroom.  The place I went to was in most ways a blessing. The bad part was that the food was awful - the up side, I lost 17 lbs the first time and another 10 the second time. The place wasn't the cleanest - the individual rooms were kept pretty clean, but the halls often went a week or more between  cleanings!  The staff was incredible! I have never been in a place where everyone chips in to help. The nurses do their regular work, but also help serve and clean up in the dining room as do the CNAs. The physical therapy department was phenomenal - its why many people choose this place, because the results are that good. As with nursing, these people really connect with their patients and work hard to get them where they need to be to go home again. The first time, I had the same 2 gals for therapy. One took care of occupational therapy and one for physical. In  the beginning I thought it was kind of silly to have occupational - there was nothing wrong with me other than my knee, but as time went on, I realized how important it was to build up my upper body. She also gave me some cool toys to play with - for getting my socks on, a grabber way better than my husband's and a long handled shoe horn so I could get my sneakers on. The other gal saw to my legs. Having been so held back by pain, I had no strength in either leg - that meant I had nothing to stand up with! She worked me hard because she knew I was going to need to be in better shape next time around.

My out patient physical therapy started out well, it was at a place with several therapists and their helpers. Most of the time I got the helper who basically told me to do this or that exercise so many times. The actual therapist was what my sister aptly named a physical terrorist! Every so often they had to take measurements for the insurance company and of course they wanted to show good results. The problem was this guy literally leaned on my knee to make it as straight as possible. Then he bent it back as far as he could - each time I screamed, and moaned but he just kept on doing it. After that was done it took me 5 days to be able to walk again. I spoke to him after the first time because my husband was furious! The guy just said he wouldn't do it again - but surprise surprise, at the end of the following week he did - and then 3 days later he did it again. At that point I told him I was done with PT. If this ever happens to you, run, don't walk to another therapist. After I went through this I heard two of his patients had to have their knees redone!

The second time, I immediately realized this was going to be so different. The work they had done with me first time by building up my upper body strength and working on the unoperated leg to prepare it for surgery made a ton of difference.  It only took me a few days to get to the bathroom unassisted whereas the first time it was more than a week. The therapy this time utilized all the therapists, so I had different types of therapy and found I liked some better than others. I also got to use a TENs unit which helped immensely and something called diathermy. My favorite though was when they worked a type of massage into the leg to help it relax more and stretch more.

Of course, no stay in rehab is good without a complication - mine was a doozy. I got a screaming case of shingles. It started on my scalp and I kept wondering why it was so itchy and seemingly bumpy. Then it spread  to my eye and at that point I was pretty sure I knew what it was, so I went to the head nurse who looked me over and said, " I don't think it is but we can get a cream for it." I thought, how the heck am I going to put cream all over my scalp?? I asked to see a doctor and she was annoyed - but he took one look and put me in quarantine. Since it was on my eyelid, I asked to call a ophthalmologist and she finally agreed. I went later that day and while my eye was okay, she couldn't believe they only ordered a cream. "You need a strong antiviral," she said and wrote a prescription for me. I went back to rehab and the nurse refused to have it filled -  I kept telling her I needed it and she kept saying weird things like maybe you don't have good kidneys...it was bizarre. I went back to my room and told my hubby and he marched right out to the desk and said "You WILL give my wife the medication." She didn't even try to fight it, just said Okay. Isn't it amazing what a difference it makes when a man insists on something! I am SO grateful for him! So, there is my other caveat - if you go to a rehab place and  this happens to you, make sure you insist on your rights. The big reason she didn't want to order it was that it was a very expensive medication and of course her job is to keep costs down - really a sad situation these days - trying to be cost affective can undermine patient's care. I talked to several other residents who had the same problem with her and to fight her for their loved ones. I feel so sorry for people who don't have someone to advocate for them.

I managed to leave after only 4 weeks the second time (compared to six the first) and then had a therapist come to the house twice a week for the next few weeks. She also used this massage, so I asked her if she knew any therapists around that did this. She mentioned  a gal named Ann Rugh and I have been seeing her since. She uses something called strain-counterstrain to unblock areas that have turned into little blocks pain. It has helped my circulation so much! We also use a bike and a balance board that snowboarders use to practice during summer. Here is what it looks like 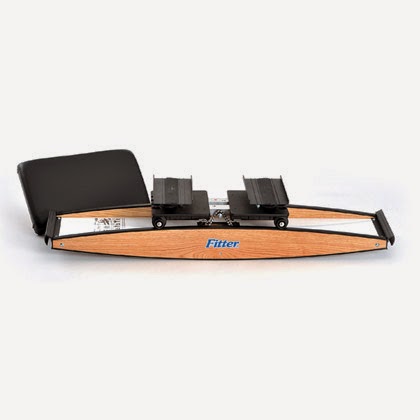 Let me tell you, it is not easy to balance on while you are swinging your hips side to side and keeping your upper body straight - talk about "feel the burn" - it doesn't take more than 20 seconds for me to feel it, but I still stay on for a few minutes!

So there you have it - my big excuse for not keeping up with this! I am determining to get back in the saddle because I have a ton of ideas, thoughts, crafts and more to share with you all. See you soon!
Posted by linda lemons at 2:35 PM No comments: