Sex, Violence and Crass Humor - does it bother you? 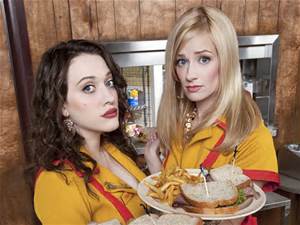 I hate to rant about things, but I am just so over all the junk that is displayed as entertainment these days. I have been watching for the past few weeks and keeping a bit of a count as to what type of television is available these days. It seems almost everything is low class and crass. Why do we follow these shows and let our kids watch them?  I have to admit to watching two seasons of the bachelor when it was maybe in its 3rd and fourth season. I got hooked while staying at my daughter's after her baby was born and out of boredom got sucked in the last 4 shows of that season. It seemed so fairy-tale to me - doesn't every girl want to find her special someone, her prince charming? Then I watched the next season and started  to realize it for the train-wreck it is. Why in the world would you be willing to go on tv and lower your standards just to catch a man - the fantasy suite?? Ugh! I can't imagine why you would want everyone in the country know you slept with a guy...and why would you still want to marry him knowing he slept with one or two other girls the same week? We are trying to teach our young girls some sense of modesty, at least I think some families are...this surely doesn't help. If you add in shows like 2 Broke Girls, Lena Dunham's Girls and the ever-present vampire shows, there is no way our girls are learning things that will help them in life.


I also noted that almost every show this season had to have a gay character or couple. I get that the gay community wants to be represented, but sometimes it feels like its being pushed in  your face. Just this Sunday I watched one of my favorite shows, Call the Midwife and there was a gay story line. Now I have read all the books that were written by Jennifer Worth that spawned  the series, and most of the story lines are straight from the book, but there was never ever a story line that one of the midwifes was gay. I also noted that almost every show over the last little while had something detrimental to say about Christianity as if every Christian is from Westboro Baptist and is a gun toting homophobe, which just isn't true. You want to represent all kinds of people on TV, then at least be honest about it.

The movies are no better. I can't tell you how many I have recently had to return after watching the first few minutes because of pervasive language or sexual scenes. I am not a prude, but has anyone ever thought about this? When someone peeps through your window to see you undress or make love, what do you call him? A peeping Tom, a pervert? Well, then what does that make us when we look through that keyhole in a movie while people are having sex or undressing - scary huh? It took me aback when my husband first asked me that - now I think about it all the time. I don't want to be in that company, thank you. Do we want our children to be peeping Toms?

Music is also eroding into songs that tear a woman apart or make her a sexual object, or are so depressing we don't have to wonder why our children are struggling with depression. These songs don't help them, they just drag them in farther even though the kids say they help. I can understand the need to know that many people struggle, but leaving no positive solution is not healthy.

Look at our obsession with celebrity. I catch myself entering it often. Why is that? These are people, the same as you or me, that we transfer our hopes and dreams onto thinking they have the answer - perfect faces, perfect bodies, cars, money, fame...is that what life is all about? I think I really woke up when I saw how the Thunderheads who follow Celtic Thunder, spend countless hours following them online through twitter, Facebook, their website and dozens of chat rooms on Facebook dedicated to this member or that. Many fly or drive to several group shows and then all of their solo shows every year, so much so, that the guys have gotten to know these ladies. I got sucked in there as well for a while, but I noticed that their lives are so different when they go back to Ireland, there they are just someone from the community that is a normal person, he just has a neat job. No one follows them around, stalks them or hounds them as has happened a few times here in the US, and  they have noted themselves that people in Ireland and Europe don't go quite as crazy as we do in America...we seem to throw ourselves into their lives and I wonder why? What is it we are missing here in  the U.S?

I would love to hear your comments regarding this - do you think there is too much sex and potty humor on TV?
Do you think father's are portrayed as knowledgeable or buffoons who can't solve a family problem?
Do you find yourself limiting movies you watch because of sexual content or violence? Or am I the only one who sees this??
Posted by linda lemons at 1:34 PM