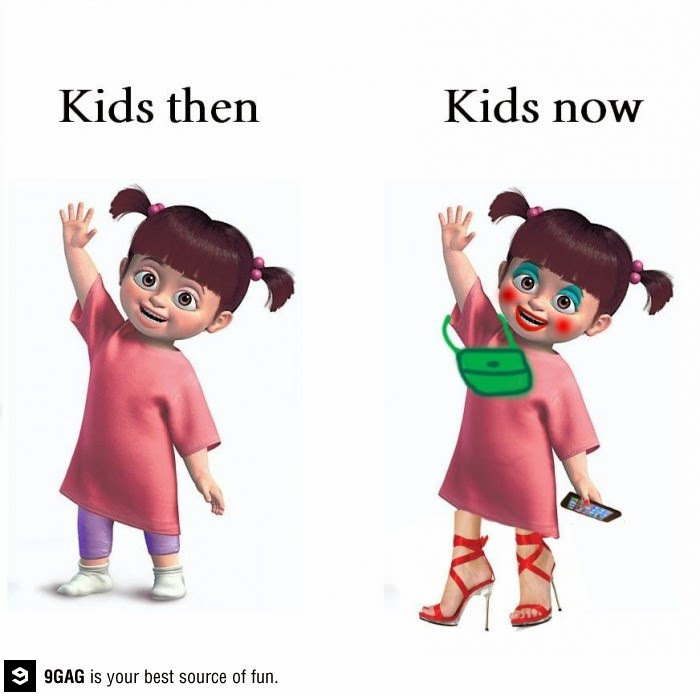 I saw in the Sunday papers this week an article about girls writing to Kendall Jenner, one of the Kardashian family about her decision to drop out of high school and also that she could be a much better role model for young girls by dressing modestly. These letters were written by girls from various walks of life and each one mentioned that she was a role model..."as a celebrity, you and your sisters need to understand that you are role models" and from another "You're not sending out a good message to young girls who are influenced by the things they see, by posting pictures of yourself topless or wearing risque clothing." 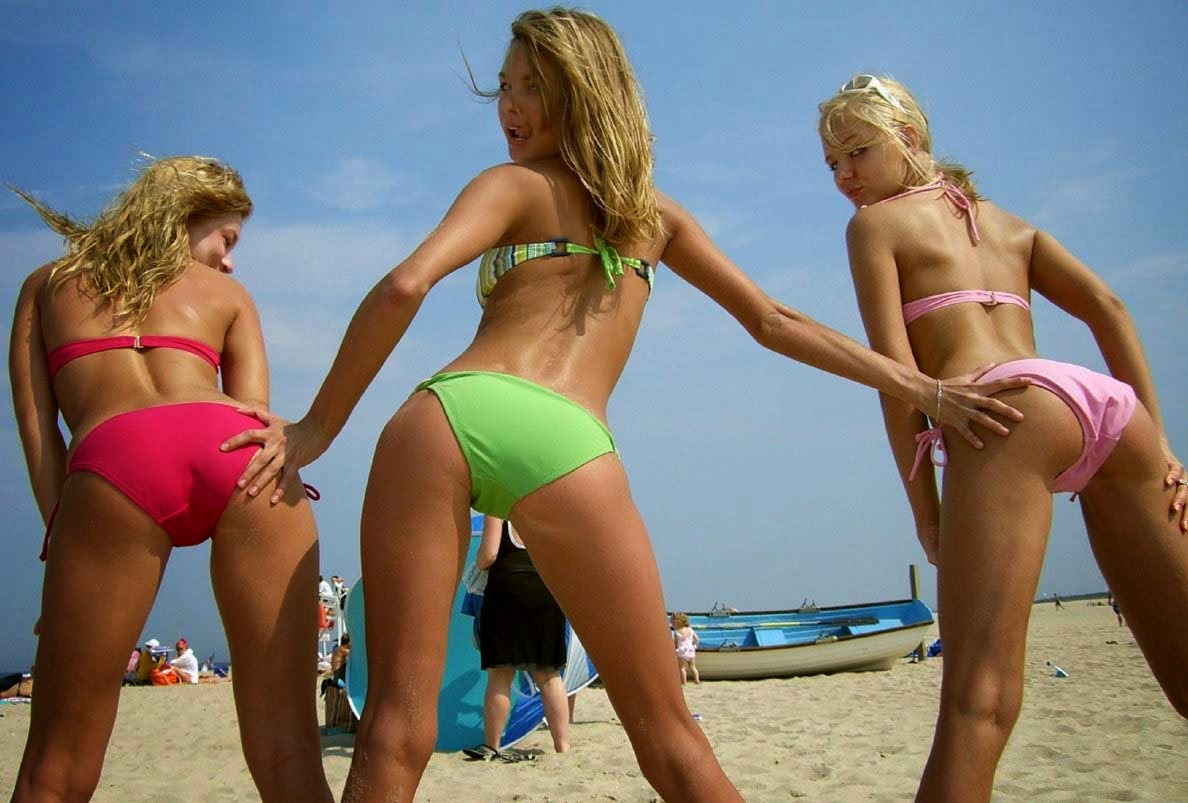 How sad is it that our young girls think they need to "show some skin" to be acceptable. I will admit that as a young woman there were a few outfits I had that I would now deem inappropriate...a direct result of the "freedom" of the 60's. But I was a woman, not a child! I look at some of the clothing for toddlers and young girls and cringe that it is okay to have them wear clothing that mimics adult wear. I hear moms tell their little girls to "shake their booty" - really? At that age they shouldn't even know what a booty is! What does that kind of behavior teach them? I have read awful articles about moms teaching their kids to "show themselves" so boys will like them and applaud them for selfies showing themselves in their underwear or less. I would be horrified if my daughters did this, and yet today it is rampant.

These moms who put their children in pageants and subject them to makeup, wigs, false teeth and skimpy outfits for their dances need to wake up. Even dance studios teach children moderately risque routines
all in the name of being contemporary. I know of several moms who have decided to bypass jazz or contemporary classes and stick with ballet to circumvent those routines and dress. 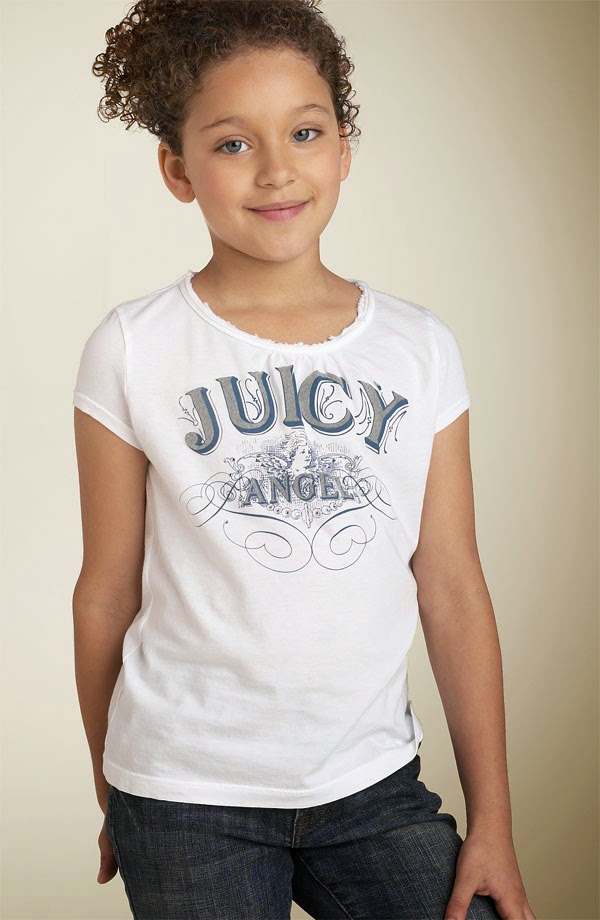 Why do we want our girls to walk around with words like juicy on their shirts? Or even worse, on their behinds! What is the message they are giving? Have you tried to find a bathing suit for your daughter that actually covers her rear end and doesn't have a super high cut and pelvic bones showing? Do they even make one pieces outside of competitions anymore? I remember when my girls were growing up, they had a rule at camp that girls needed one piece bathing suits, or they had to wear a t shirt over a two piece. I like that idea. Certainly while swimming with teenage boys it helped curb their imaginations. My daughter asked several guys in college if they liked the trend of girls wearing skimpier clothing. Their response? A resounding No!! They all felt they would rather see a girl modestly dressed with much left to the imagination rather than nothing left to the imagination! Some children's bathing suits are cut way too low as seen below. Again, people may think its cute, but it is only preparing her for more provocative bathing suits as she grow older. 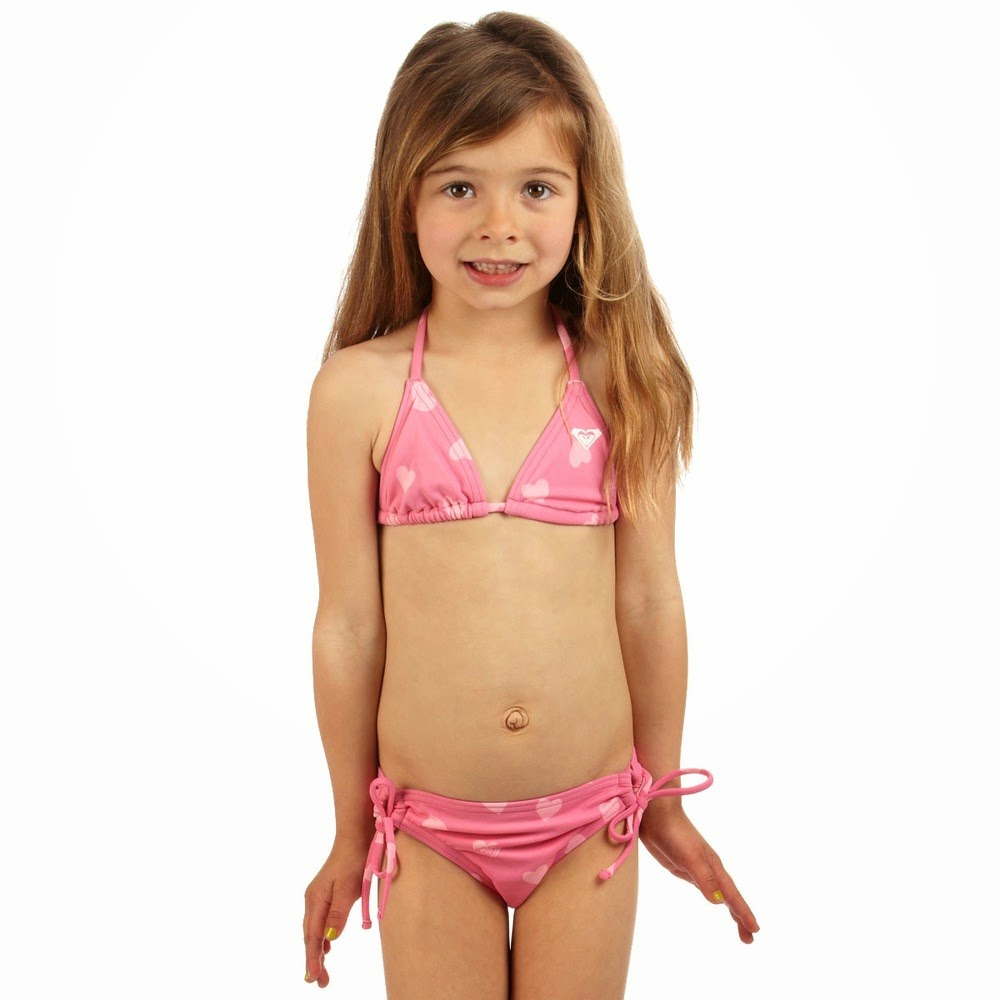 But there are some lovely suits to be found online that are much more appropriate for little girls. 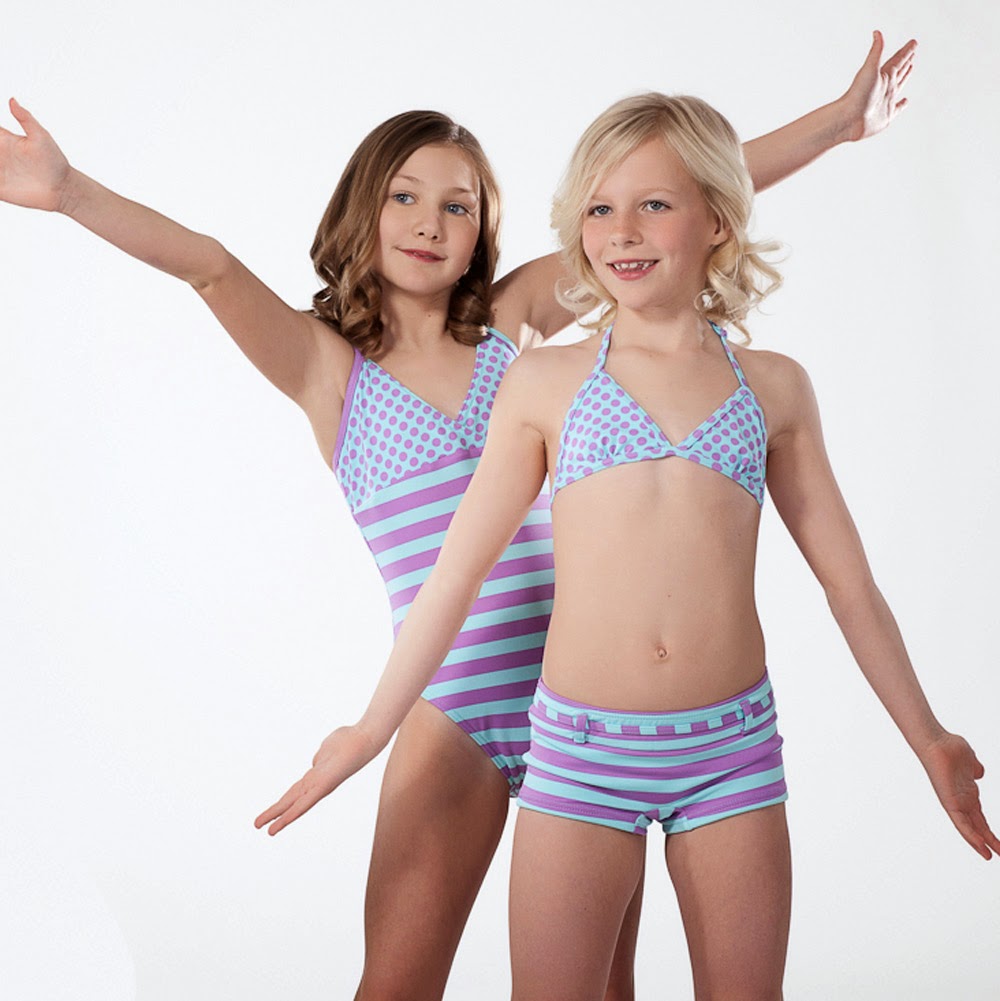 Don't these two look cute and comfortable in their suits? I know I probably sound like an old fogey to some, but if we older people don't take the lead to let this younger generation of moms know where these lead, it will just get worse.  Luckily, there are now websites devoted to modest clothing so you don't have to go crazy looking for things -the t shirts are longer, pants waists a little higher and tops and dresses are modern, but modest. Some design based on retro looks similar to the clothing worn ins the 1950's. That idea is actually pretty hot today. You can see Katy Perry and Taylor Swift wearing these styles. The only difference is some of them are cut pretty short, but on these new websites they are cut modestly. A few nice websites are http://www.shabbyapple.com/shop/clothing/modest/ and http://www.modestclothes.com/trendy-modest-clothing.html If you type modest fashion in the search at www.Pinterest.com, you will find lots of beautiful clothing and websites to explore.

Lets not forget our little boys either. While there is not a direct problem with modesty, there are still people who chose to dress their boys (and girls) as "gangstas"which opens up a whole new can of worms. 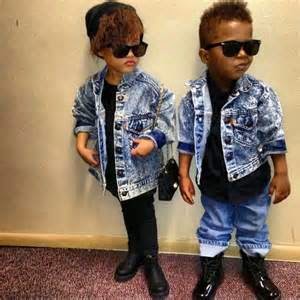 I sincerely doubt that when babies are born, their moms and dads think; oh I hope they grow up to be ganagstas or streetwalkers! Yet I believe that by dressing their kids like this, they are sending them a message that will lead to more and more young people dressing inappropriately and feeling their worth is in their bodies.  Please don't do this to your children. They are precious gifts and it is the parent's job to empower them by providing a good education, strong values and a sense of self worth attached to a moral base.