Let's Go to the Movies! 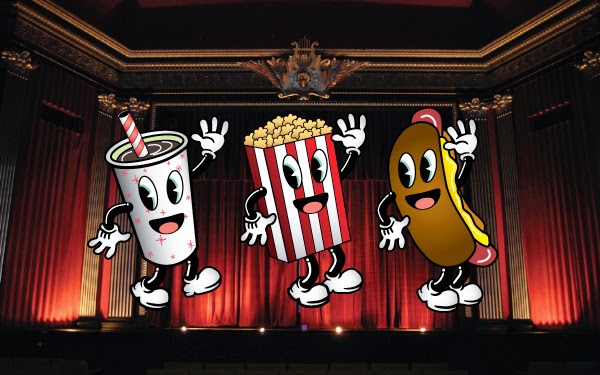 When I learned of this weeks blog challenge, #52sharingmemories, I knew I would have fun with it. All week I have been humming "Let's Go to the Movies" from Annie and thinking about how much joy they have brought into my life. I am a huge fan of the cinema! Not too sure about those silly dancing hotdogs, but a fan none the less. 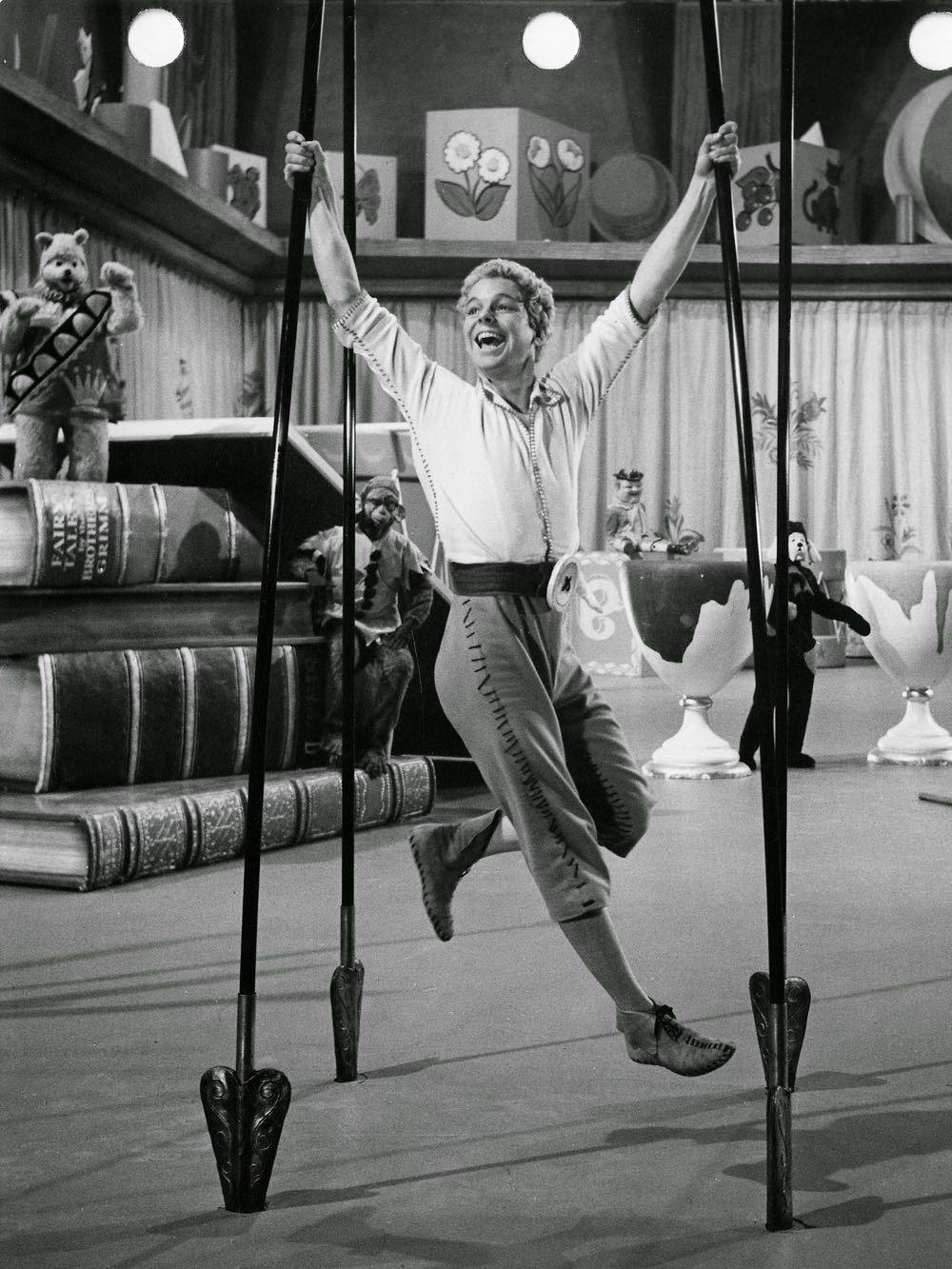 I am not sure what my first movie was, I am sure it must have been something Disney like every other  child in America, probably Bambi, Cinderella, or Peter Pan on the television, or maybe Lady and the Tramp at the movie theater. I really don't recall. I lived in the Bronx, NY when I was young, so there were many theaters nearby - in fact one was within walking distance on Boston Post Road. This is the theater that sticks in my mind as my first experience. The year was 1958 and the movie was Tom Thumb starring Russ Tamblyn. I loved the movie and I especially loved Russ Tamblyn - in fact this movie made him top of my list for many years. Later I saw him in the old movie Seven Brides for Seven Brothers and of course West Side Story - two big favorites of mine.My uncle and aunt were with me - they were only five and seven years older than me, so they got stuck dragging me to a lot of things!
None of this is what sticks out so deeply in my mind - it was previews for the next movie that did.  The Blob was the first one and it terrified me. 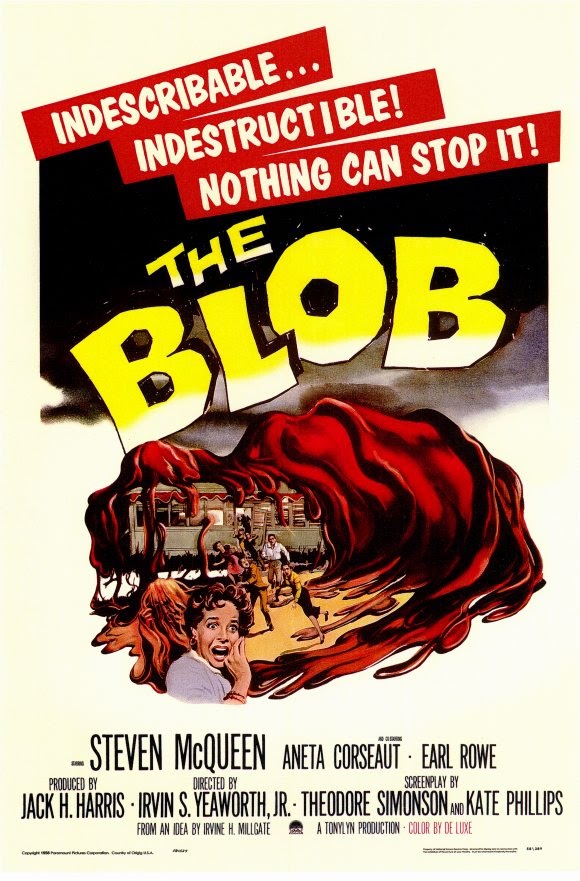 I watched as it oozed out of doors and into homes eating up everything in my path and could just picture it coming down my street. Then they showed I Married a Monster from Outer Space! 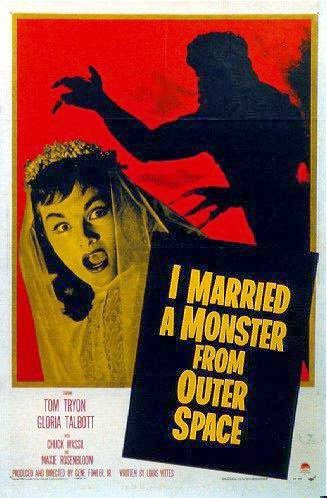 Now I was seeing scary monsters coming at me along with the blob. I can tell you I did not sleep that night, nor did I sleep well for a few nights after, until my mom reassured me it was all pretend.

Fast forward a few year to 1961. We had moved out to Long Island, so the movie theater there was in the next town. It was a big deal to go. I had seen Pollyanna with Hayley Mills the year before and of course got attached to her - I wanted to BE her. She had that wonderful British accent, big smile and sweet demeanor and everyone loved her. I begged my parents to be able to see The Parent Trap with my girlfriend. This meant her parents took us there and my dad would pick us up. Oh my gosh I loved this movie! It lead me to dream of being an actress and to what my friend Jill calls "the tricky Linda England -Aunt switch" which happened a few years later and got me into big trouble - some day I will blog about it. At any rate, Janet's mom got us there almost a half hour after the movie started. I am not sure why. I don't know if we left too late, there was traffic or what, but by the time we walked into the theater, they were at the point in the movie where the one sister cuts the back of the dress off the other sister at the dance, just before they realize they are sisters. I was so hooked. There was no way Janet and I were going to leave the theater until we watched the first part that we missed. We didn't have any money left because we had bought a popcorn and some soda, so there was no way we could call my dad and let him know to come a bit later. We just leaned back and enjoyed the movie. When we got outside, my dad was STEAMING! He was furious that we didn't call and he wasted all this time waiting for us. I did not get to go to the movies again for a long time, but it was okay, I just kept singing "Let's get together" and dreaming of a career in the movies!

When I was around 13, the movie Tom Jones came out. It was pretty progressive for its day and a bit ribald for the times. I wanted to see it so badly, but my mom absolutely refused to allow me to go. There were no movie ratings back then, but she had heard enough to know it wasn't  for an impressionable young girl. However, my Aunt Florry was clueless! I often spent a week at her house to hang out with my cousins Ann Marie and Susan and we usually manged to get into some mischief  here or there. I was there that summer and we decided we wanted to see this forbidden movie. Aunt Florry wasn't sure, but we showed her the reviews about how good it was, so she let us go. Of course, I was hooked as usual and started wearing my hair in a low ponytail like the character Tom Jones. 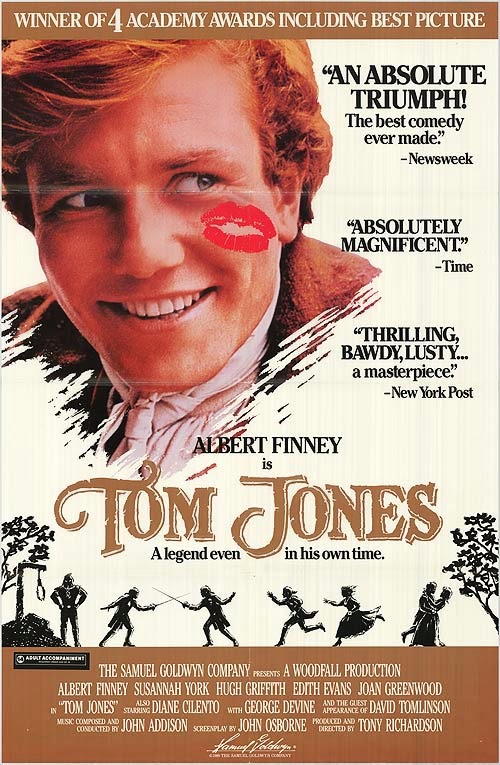 I don't think more than a week went by when my mom casually asked if I enjoyed Tom Jones. She caught me unaware and I started stumbling all over my self! I finally asked what gave it away and she flicked my ponytail. DRAT! I pinned that one on my cousins, but I am pretty sure another long wait to see a movie ensued. Oh, and by the way, yes that is the same Albert Finney who played Daddy Warbucks in the film Annie. He was pretty hot when he was young!

After that escapade, I went on to enjoy lots of other movies - especially after I moved further out on the island where we actually had a movie theater nearby.  In my senior year of high school the movie Wait Until Dark with Audrey Hepburn came out. My friend Pauline and I decided to go see it one night. Notice I said one night, not one afternoon... It was an incredibly scary, suspenseful movie. They don't make movies like this any more. We screamed and clutched the arms of our seats. In the movie, the bad guy (Alan Arkin) had a van with curtains. They showed it several times. As we came out of the theater and started walking to her car, we noticed a van with curtains near it. We totally freaked ourselves out getting into the car and out of the parking lot! 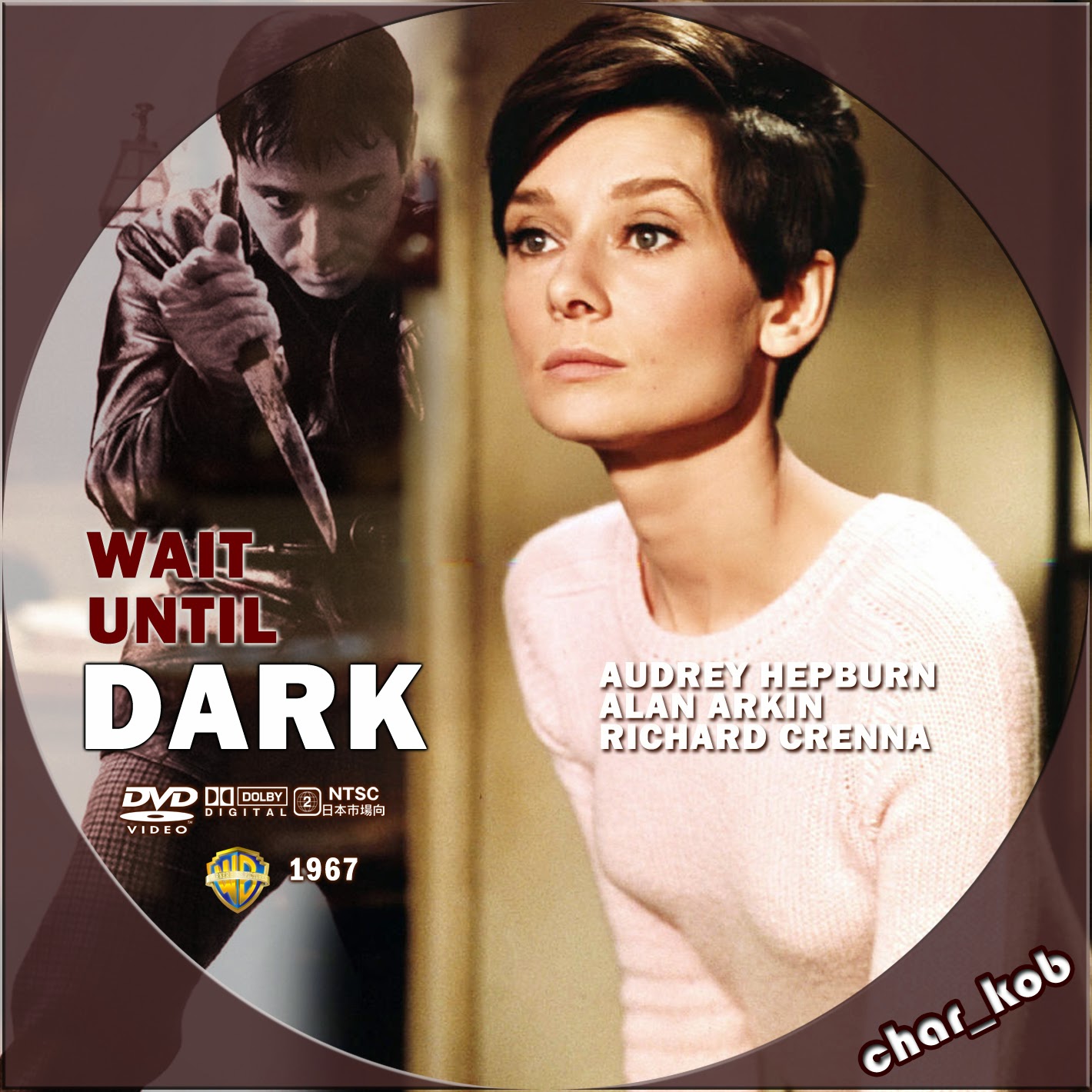 I have to end this with my favorite musical of all time. West Side Story was so incredible! The combined genius of Bernstein and Sondheim made West Side Story one of the quintessential American musical films of all time. The music was gritty, then soared to beautiful heights and plummeted back down again. The typical Sondheim trick of layering five or six songs into one masterful piece was amazing. The dancing was superb. Oh, I wanted to be a Jet and have Riff as my leader - wait! no! I wanted to be Maria and sing her beautiful songs - I wanted to marry Tony! I probably can say I spent most of that year singing all the songs on a daily basis - my high school friends can attest to that! They still remember standing outside during a fire drill and me singing and acting out all the parts to "I Feel Pretty" in front of everyone. 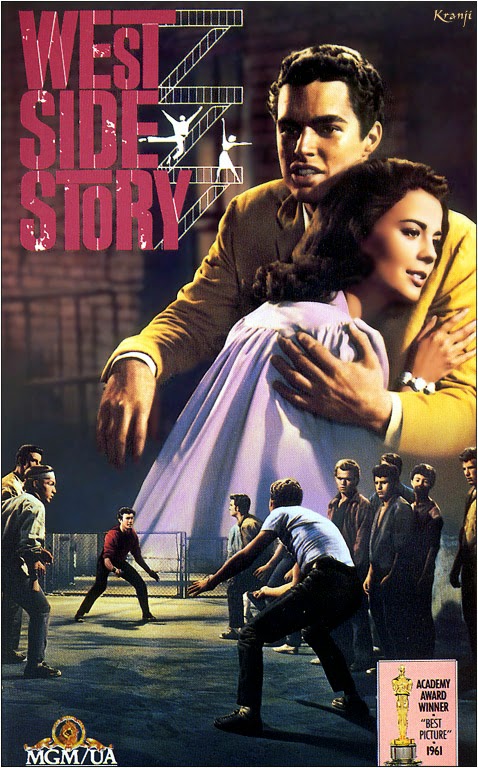 I wanted to play Maria so much, but this little white girl didn't have a chance. I had a friend who was a stylist and he dyed my hair dark and put dark makeup on me for an audition for Maria when I was 21. However, the director just couldn't buy me as a Puerto Rican girl. I did get the part of the dream vocalist and got to sing "Somewhere" which in  the Broadway version was done while a dream sequence ballet took place. I enjoyed every rehearsal, all the friends I made doing it, the dance teachers who taught me to move - it was about as good as it could get!
Posted by linda lemons at 5:29 PM