For me, grade 7 was the start of a new beginning. I think it was for many, but for me in particular, it was because I had moved to a new area and so I was literally starting over again. We always hope with a new beginning, even at the tender ages of 11 and 12, that we won't make the same mistakes we made in our last school, will be more popular, won't be bullied, would stand out etc. We had moved in June, so I had made a few friends, but most of them were going to a Catholic school and the rest were not in any of my classes. Being that my current school for some reason didn't allow for my good grades to stand for themselves by putting me in a regents class, I started out in the general class. Elementary school was not separated by IQs, so this was something new to me. Another new girl P, was in the same situation. Her name interestingly enough, came right after mine in roll call and we not only ended up dear friends, we also followed each other alphabetically all through school sharing many of the same classes. We both knew something was wrong when the material was so easy for us. The powers that be realized it as well and after the first semester, we were transferred into the honor's class. That was wonderful, we both enjoyed the challenge, but it brought along with it two things - having to make new friends all over again and having to start "New Math" with a semester deficit. P was a little more science and math minded than I and picked it up after a bit, but I was lost and stayed lost pretty much for the rest of my high school math career!! Of course, they threw New Math out shortly after, but it was all I had to enter the realm of higher math. (note: see wiki regarding what New Math was here: http://en.wikipedia.org/wiki/New_Math.) 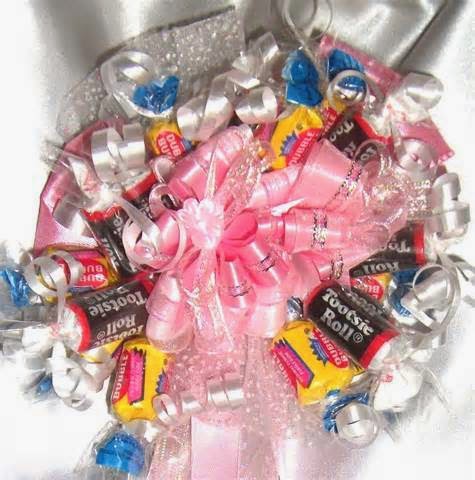 We met a few really nice girls and that little group of ours still remains connected meeting once a year for a day of lunch, reminiscing and catching up. We spent much of grades 7 and 8 writing and passing notes to each other which became named our "personal science notes" One of us actually kept them all and every now and then we read through them for a good laugh.Another thing we enjoyed during junior high was making corsages for each others birthdays. Back then it was a big thing and you could tell how popular a girl was by how many corsages she had. One girl in particular always had her entire dress front covered. Each year had a different theme: 12 -Pennys, 13- bubble gum, 14- dog biscuits, 15 -lifesavers, 16- sugar cubes (for sweet 16), 17 - lemon drops, 18 - cigarettes. Basically you made a corsage which had ribbons hanging off it with the year's pieces attached to them. The number of pieces attached corresponded with the year itself.  We decided they were looking tacky, so we chipped in the buy a corsage done at the florist shop with carnations and the pieces


I had my first boyfriend the summer between 7th and 8th. His name was Gary and he lived in my neighborhood. I first thought something was up when my girlfriend and I were sitting on the brick gates to our development and the boys sitting on the gates across from us started throwing crab apples at us. I looked at my friend as if to say "what's up with this?" and she said, "I think one of them likes you!" I will never understand why throwing  things at someone means you like them, but she was right. The next day they were sitting on the curb across the street from my house. My mom thought it was a hoot, but said not to encourage them. This went on for several days till I finally got a note inside my mailbox from Chris telling me his friend Gary liked me. I hadn't a clue what to do about it. Gary Donnelly was a cutie, a year older but several inches shorter than me. I figured what the heck and enjoyed much of the summer hanging out with them and my other friends, till the fateful day of "the kiss".  My friend JoAnn and I were sitting on a hill behind our development and Chris and Gary happened along and joined us. Gary, as usual, sat next to me and we enjoyed talking about the usual interests of pre-teens. Out of nowhere, Chris said, "Kiss her Gary." JoAnn chimed in, "Yeah, kiss her." So Gary leaned over and kissed me! All I knew to do was sock him like I read about Anne of Green Gables doing to Gilbert! Oh my gosh, he was SO mad! They both cleared out and the next thing I knew as we made our way down to the street, there was a huge sign in chalk at the intersection of my street and his that said "Linda Rots! Linda Pots!" Of course everyone saw it and I was a bit humiliated, but it eventually blew over. I never did hang out with Gary again, though years later Chris had a crush on me and we hung out for a while. 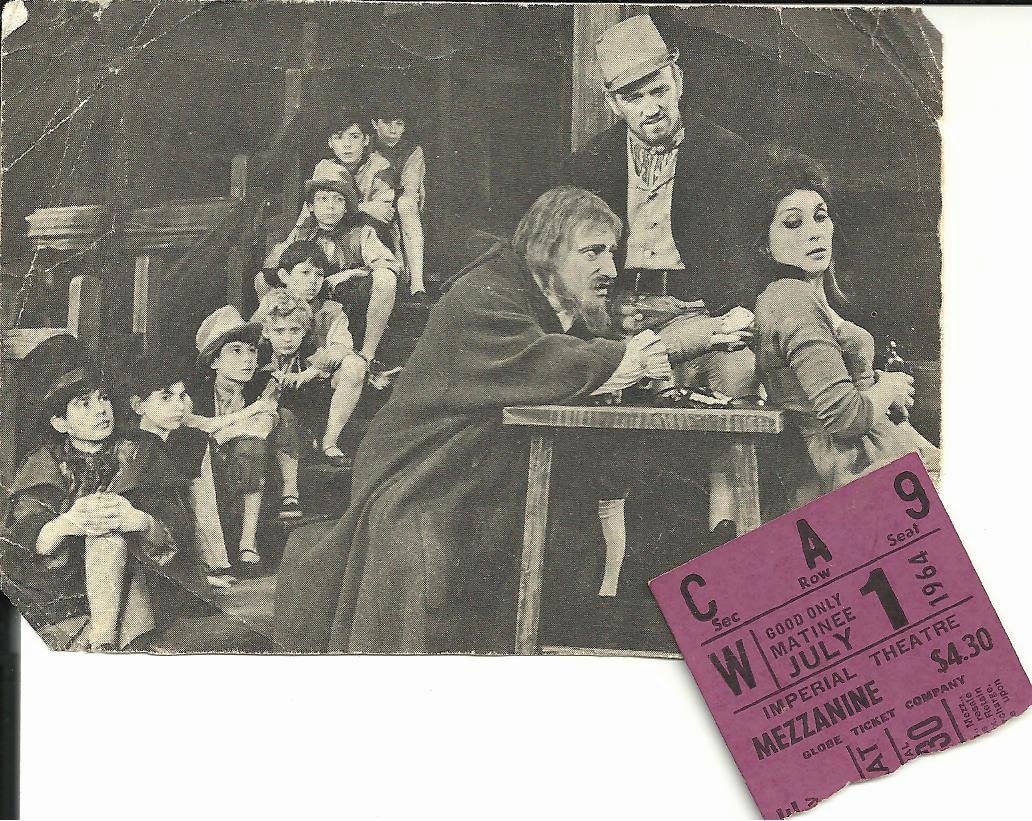 My main memory from 8th grade was Mr. Heinz's English class. I loved him! He was so much fun and always had us reading interesting things. He is directly responsible for two things - introducing me to the Broadway theater and my obsession as a teen with Davy Jones! In the fall, for a class trip, we went to see Oliver! at the Imperial Theater in NYC. Back then you could get seats in the nosebleed section for $5, so everyone got to go. My mom gave me my aunt's opera glasses so I could see things better. This was even better than the movies! It grabbed my imagination, my love of music and the feeling of being directly involved in the process was amazing. I knew then and there that I wanted to perform in musicals. It starred the fantastic Georgia Brown as Nancy and Clive Revill as Fagin. The part of the Artful Dodger was played by a young British actor named David Jones. I was instantly in love! You can see David at the bottom of the stairs in the above photo which also has my ticket stub from the second time I saw it. 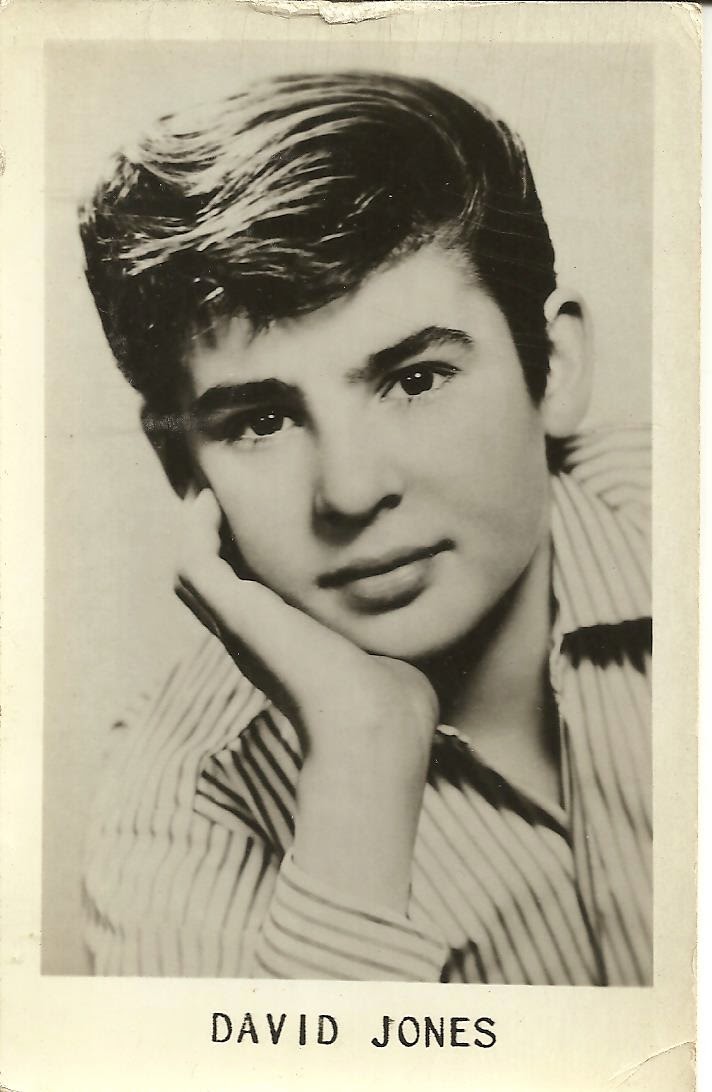 I wanted to meet him, but of course on a school trip there is no time for hanging about. So I decided to write him and got a reply very quickly. Thus began the plotting and planning to see the show again. Luckily my dad worked in Manhattan, so I had a way in and back. 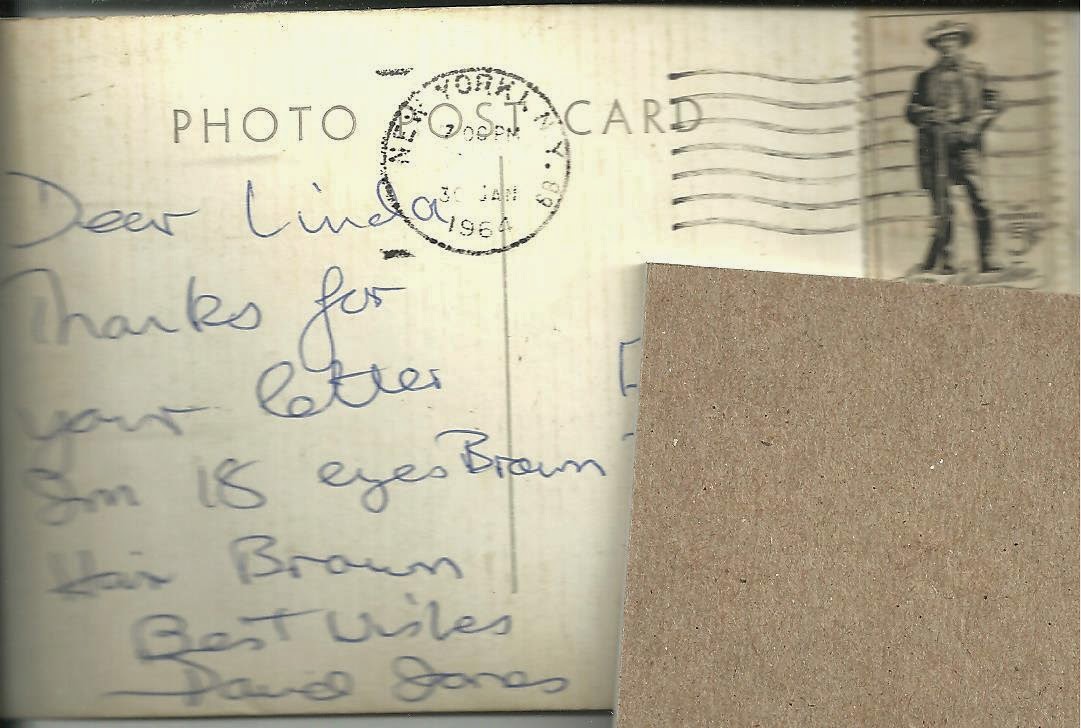 I went to see the show again in the summer, but this time, made sure I got there early to hang at the stage door before the show to see if I could catch him. I did! After the show, my dad and I ended up having tea with him in the diner across the street.  Thus began a simple "friendship" with David (he never really liked being called Davy) that was fully fueled by a massive crush. Everyone was so aware of it that at my 40th reunion people mentioned it! I am sure he knew that, but he was really nice about it. I made friends with a few of his friends and while I didn't hang with him much in his off time, he always remembered me long after he became famous as one of The Monkees. I wrote a series of articles about my times with him for Flip magazine when I was 17. I tore out my pix from it because I didn't like them, but here is one of the articles. 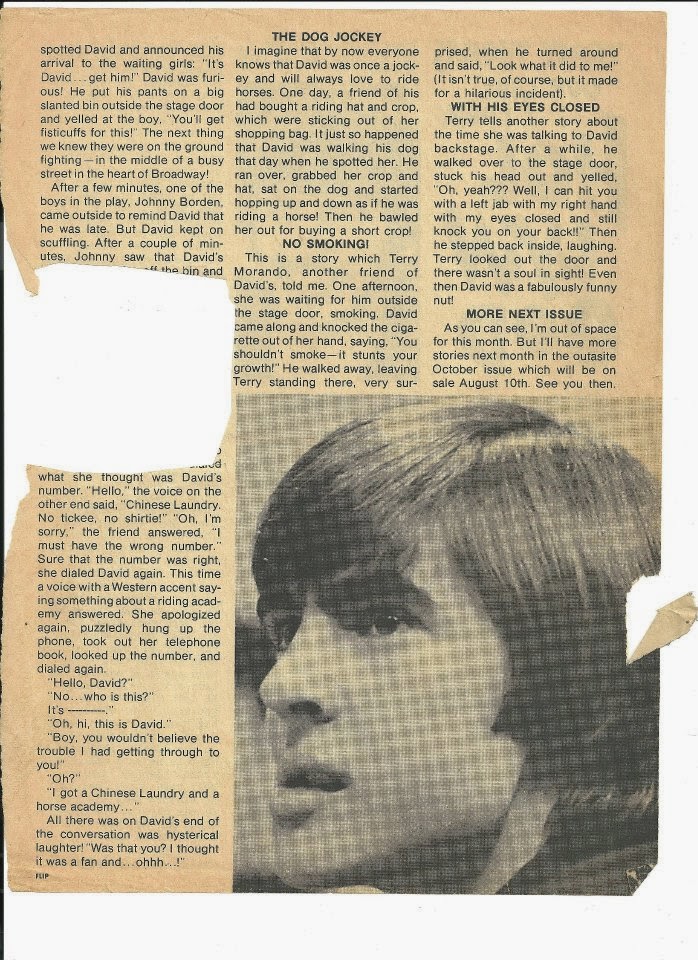 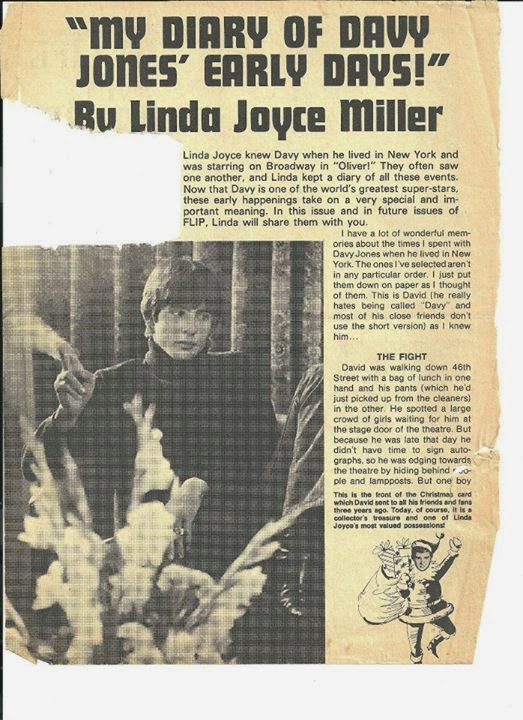 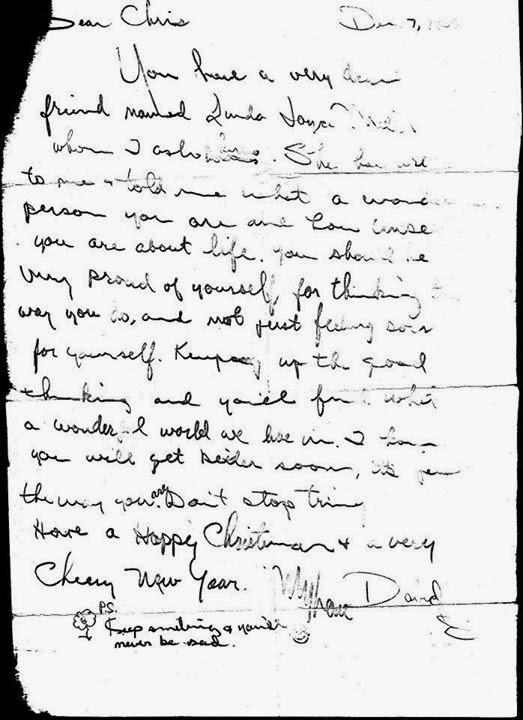 A few years later, he did me a favor by writing a lovely letter to a girl with hodgkins who had written me after the article appeared in Flip. Here is a copy of his letter to her... I find it  interesting as
I look back at these years, how much the affected my life. I went on to appear in my high school's musicals, Up With People, starred in many community theater shows and even sang in Europe!