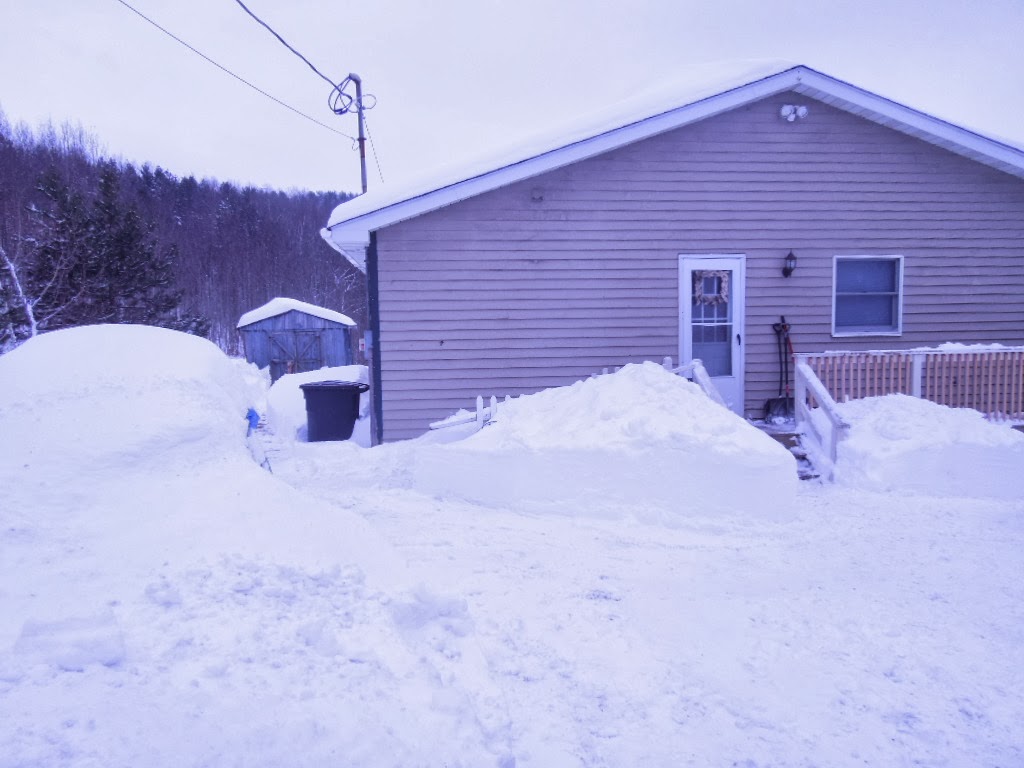 I'm in the "north country" of New York with my daughter-in-law, her 3 year old daughter and newborn son. My son is away for his job and I have been enjoying the process of helping out while my daughter-in-law recovers from her c-section. I love it up here; they live on top of a small mountain where they have a 10 acre spread and an open plan ranch house. It's nice to be able to keep an eye on the 3 year old while making meals and it has a bright and airy feel. I'm pretty good at keeping the dishes done (something my hubby does at home) and picking up, but I had to relearn how to fill the wood stove and get a fire going.

When my husband and I were first married, we emigrated to Canada and bought a house in Bracebridge, Ontario, which is the "north country" for Toronto. It was a sweet 100 year old log cabin: small at only 800 sq. ft., but we loved it. It came with a Ben Franklin Stove. 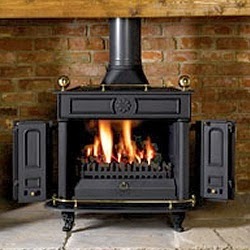 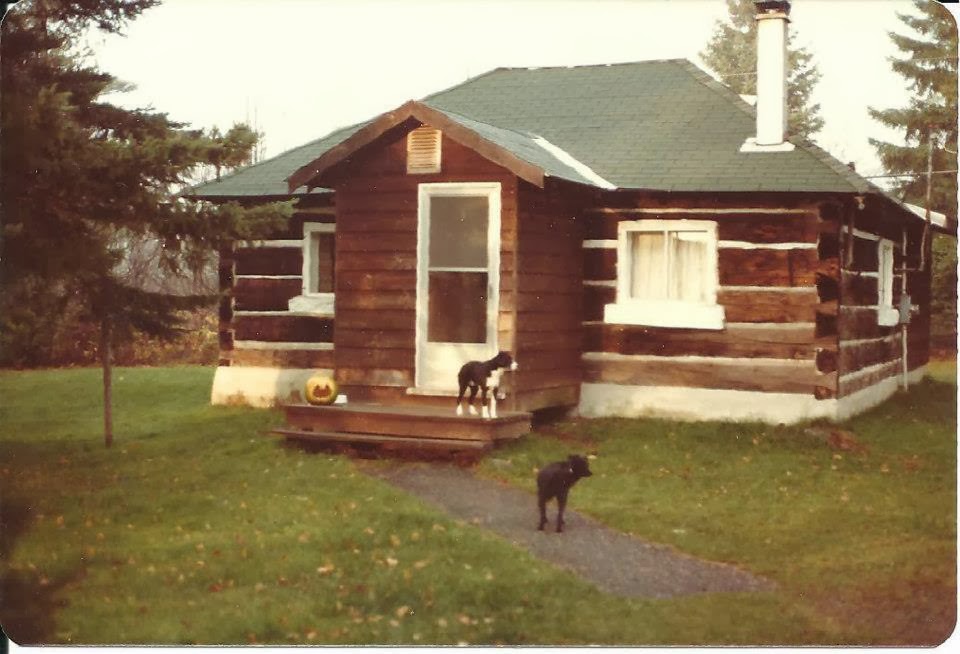 Now, I grew up on Long Island, and never even heard of wood stoves, but was in what my mom called my "earth
mother" phase, so I learned the ins and outs of starting and stoking a fire. After a year of working constantly to keep it going, we invested in an airtight stove similar to the one in my son's house. 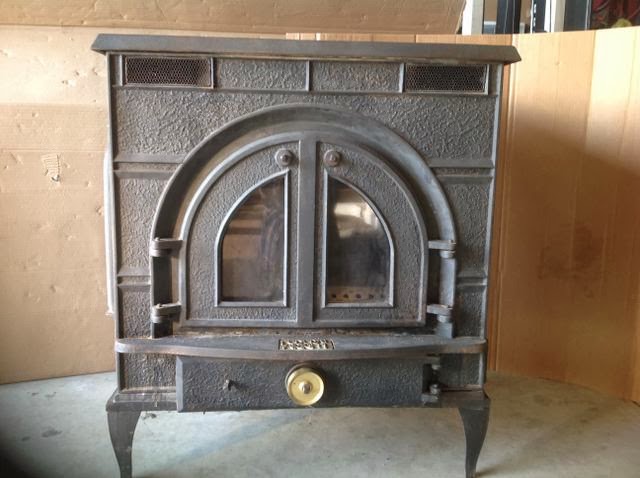 They are way more efficient, you don't have to be adding wood constantly and they hold the heat well all night. They are however, a little more difficult to start because of the closed doors. The whole idea came back fairly quick, although I will admit to asking for help a few times. There were a few anxious nights for me when I worried I filled it too high and kept watching to see if I'd started a chimney fire, but my fears were unfounded and we stayed warm and snug all night.

I've also been in charge of bringing in the firewood - luckily my husband  and son had filled half the length of their front porch 2 feet high with wood, so I didn't have to dig through the giant woodpile covered in snow. 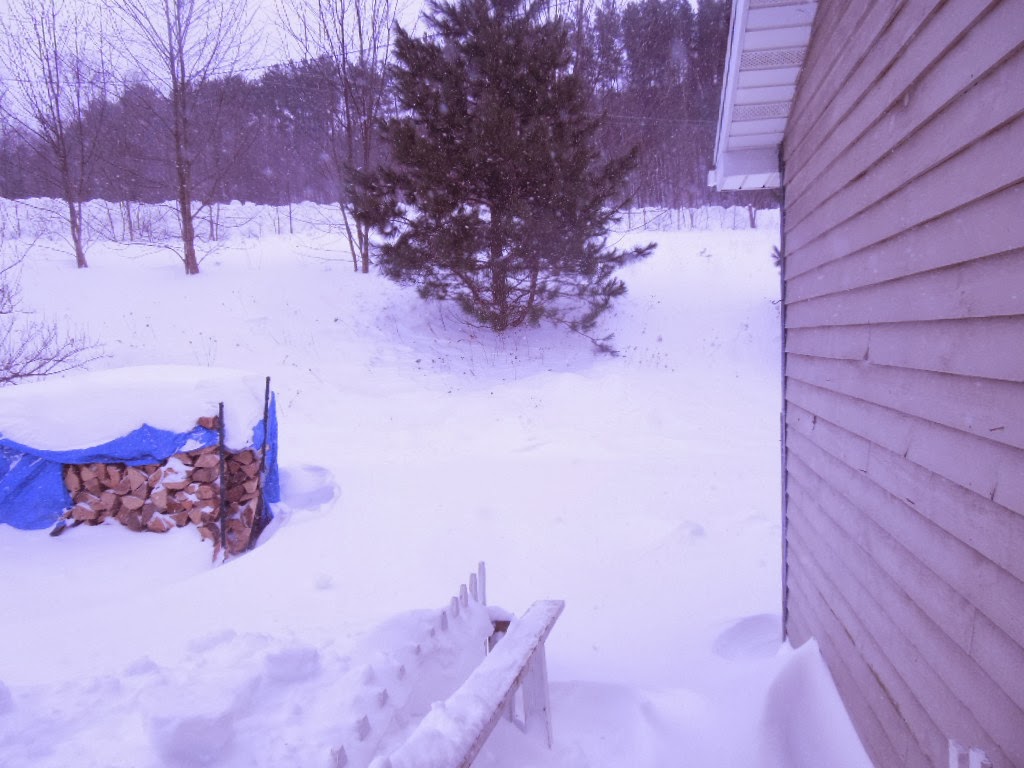 I have to tell you that carrying an armload of wood is really awkward! I can only manage one large piece and 2 small pieces or 3 small and some kindling, so it took 5 trips each time to fill the wood holder inside.

At any rate, we had a wowser of a storm Thursday. By evening there was close to a foot, so we had someone come to plow out the driveway so we could get out to a doctor's appointment Friday. He graciously offered to come again in the early morning at no extra charge, so we were quite sure we would be able to get out. I got up really early Friday and looked out the door and groaned. You couldn't tell it had ever been plowed and the car had a drift over it. 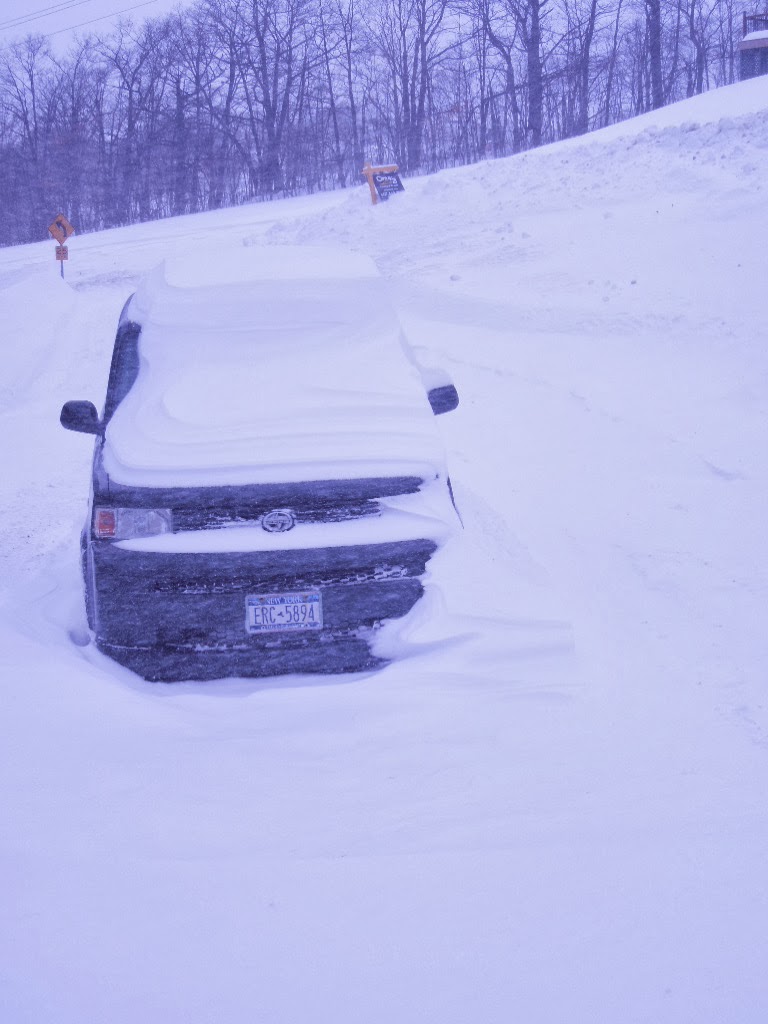 I went into the bedroom and told my daughter-in-law there was no way we were getting out today. She initially thought we could clear away the drift from the car and get out, but when she looked out, she realized I was right - plus we were literally snowed in! The door had over 20" of snow in front of it!

The storm continued all day and was just crazy wild. I felt like I was in an episode of Little House on the Prairie with the wind howling outside. It was coming down the chimney and blowing the vent flaps and oven flaps constantly. When I got up this morning and looked out the kitchen window I saw what looked like dozens of whirling dervishes skittering across the property with snow flying everywhere! The drive looked like a plow had never touched it and there were 4' drifts everywhere.

It's now 2pm and still the wind continues. I have no idea if we can even open the door to the driveway, but luckily the front porch is covered and there is very little snow there which will make it easier when I go out for wood. After watching some Baby Channel and Daniel Tiger, the 3 year old is now napping and we are catching up on Under the Gunn and the Olympics. It really makes me think about our forefathers and the tough winters they endured with little more than a fireplace and some candles at night. We have the luxury of TV, food in the fridge and freezer, electric lights, good books, kindles, iPads and telephones to keep in touch and make sure our dear ones are okay. So many women were left alone for days while husbands were out trapping, and had to make do with the little they had.

Hubby just called to say we got 27" at our place and because of the snow already on the ground, it is up over our 4 foot fence. He has our sons dogs and said they disappeared into the snow when they first went out, popping up for air before the forged on. Our neighbor, God bless him, has a snow-blower and dug us out the first night - but the same thing happened - it looked undug by morning and he had to do it again.

I've just been thinking about what a wild winter this has been, not just for us, because we are used to snow up here, but for NYC which is a nightmare in the snow, places like Georgia and the Carolinas taking huge hits and not having anything to take care of it, storms in the deep south across and up through the mid west prairies and drought in California. Sometimes we think this could never have happened before, but it has, it just seems worse when you are in the thick of it.


So, according to Punxsutawny Phil in New Jersey and Wiarton Willie in Ontario ...

we still have a way to go this winter. Keep your fires burning, lay in a good store of coffee or tea and bundle up! 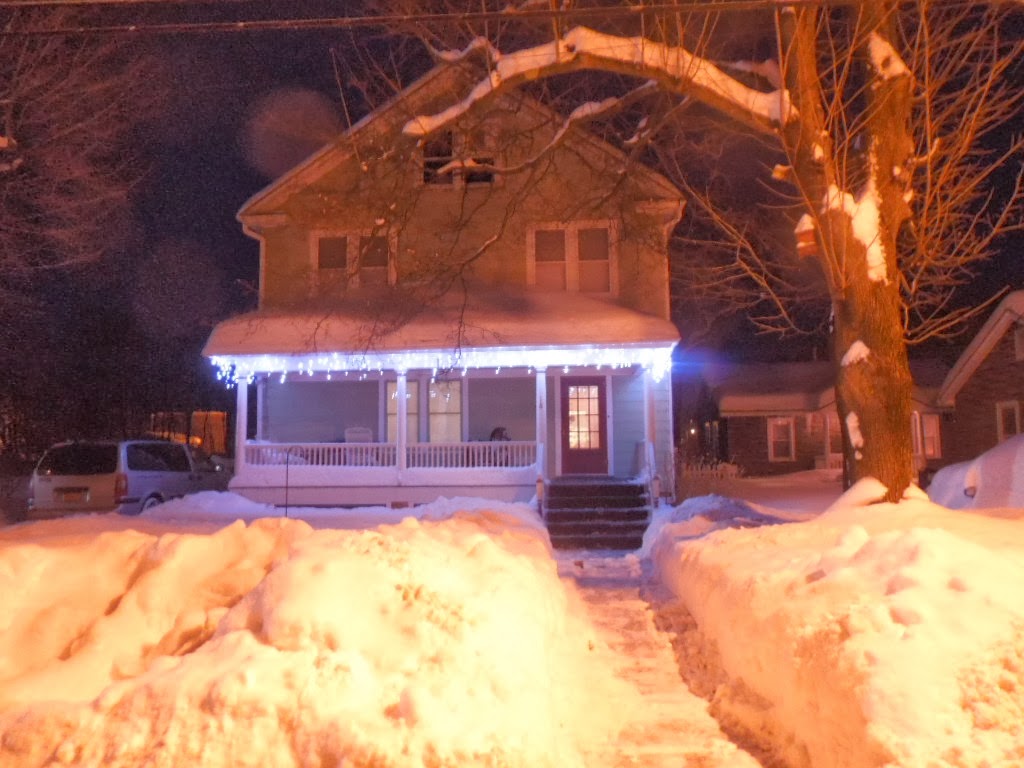