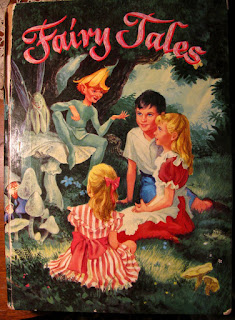 Imagine one or more of your ancestors as the characters in a fairy tale or fable. What role would they play and what is the setting? What would be your fate?

Oh gosh, this is an interesting idea....who am I going to pick and what story should I relate? I think I will pick my husband's 2X great grandfather Hugh Carrigan who was born in Ireland in 1829

Once upon a time, there was a young man of Ballyknockanor who truly had a lovely heart. Many a time he would give up his own wants or needs to help one of his countrymen.He worked very hard on his small piece of rented land and often was seen giving food to the homeless people. If a man knocked on his door and asked for a potato or something to eat, Hugh would give it to him even if it was his last potato. Now there was a great famine in the land and the potatoes the people grew were turning black and inedible. This plague was happening all over Ireland and food quickly became scarce. Poor Hugh's garden was no longer producing as it had before because the molding potatoes were affecting everything in the garden. He wept for the people dying and prayed for God to help him help his people. He took stock of all he had in his little thatched house and decided to sell all his farming tools. So he walked all the way to Dublin city with his little cart to get the best prices he could. On the way back, a light brighter than any ever seen covered Hugh and a voice came from the clouds. "I have seen what you have done Hugh Carrigan and I delight in you. From now on, all you plant will grow exceedingly so you can keep feeding the people of Ballyknockanor." Hugh hurried back to his simple cottage and took the remaining seeds and potatoes he had tucked away and planted them. The plants flourished  and he was able to give oats and grain and potatoes to the people of his town. This is why Ballyknockanor made it through the years of the famine.

The moral of this story is if you give selflessly and keep God in all you do, he will hear your cries and answer them.