Day 4 Challenge - Write an Obit for an Ancestor

An Obituary for Ernestine Riess 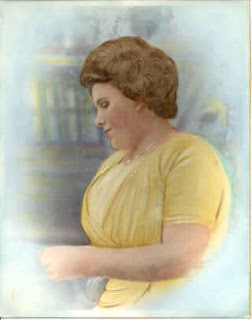 Riess, Ernestine Charlotte (Liedke)
Ernestine (Liedke) Riess, 83, beloved wife of the late Peter U. Riess died on Thursday, March 20, 1969. Ernestine was born in Witoszyn, Prussia on February 22, 1886. Around 1906 she emigrated to the United States and settled in the Bronx, New York. She found work in a fur dyeing factory and November 11,1907 married the owner. 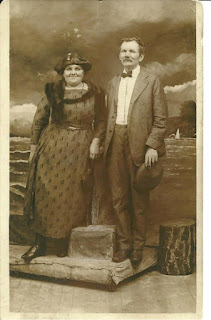 Together they had three daughters, Hertha Frieda (Albert Friess,Walter Dietz), Eleanor Ernestine (Robert Haindl) and Florence Anastasia (Anthony Gondola). Ernestine was well read and spoke several languages. She enjoyed making blackberry jam and cooking. During the depression she helped manage the apartment building they owned and spent time with her grandchildren. In her later years, she lived with her daughter Florry until the time of her death. Being one of the oldest in a large family, she never met some of her siblings who were born after her emigration to the US. She was a devout Lutheran and could be seen praying every night as she brushed out her hair. She is survived by her three daughters and their husbands all of whom live in the Bronx, siblings Emma Tessmann (Edmund), Bertha Muller (Emile), and Gustav Lidke (Augusta); 12 grandchildren, Eleanor Miller (Ken), Phyllis Wingate (Jim), Robert Haindl, Ethel Singer (George), Al Friess (Ginny), Doris Thompson (Richard), Dolly Telfer (Richard), John, Joan, Rita, Susan and Anne Marie Gondola; 20 great grandchildren, Linda, Merry, Kenneth and Christa Miller, Robin, James, Kristin and Wayne Wingate, Corrie, Debra and Scott Singer, Erich and Allison Friess, Richard, Laura and Ginger Thompson, and Richard, Nancy, Kathy and Toni Telfer.
She will be buried alongside her husband Peter at Ferncliffe Cemetery, Hartsdale, New York 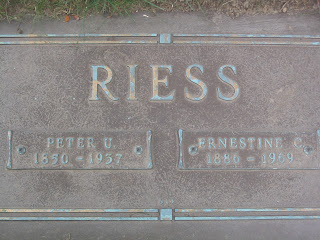