Day 7 Genealogy Challenge - Across the Centuries 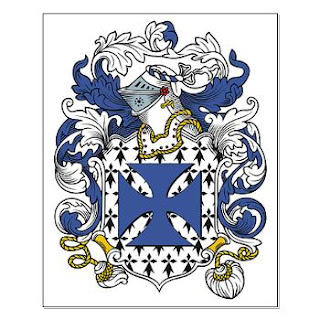 SO, the idea today is to select two ancestors who lived in different centuries and describe a scene of the two interacting with each other. What did they talk about, how are they different from one another?

I don't know a lot about Caleb other than what I find in the census and some court records. He was a farmer, very involved in his community of Gainesville in Jackson County, TN. Robert was born in Nashville, Davidson County, TN: I know a lot about him as he was my father-in-law and I have done a lot of research about his life.

Caleb would tell Robert that his great grandfather came to America from Dover, England as an indentured servant looking for a better life. Life was hard for the poor in England and making this trip was the only way his great grandfather could get a leg up in the world. He would tell him that he was the first born in Tennessee and that life was never easy. He would tell him to always be honest and forthright, to be a good neighbor, love the Lord and always dream big no matter the circumstances. 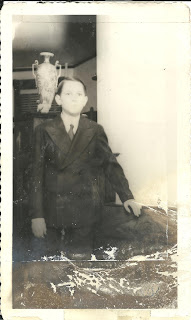 Robert would say, "But my life has been so difficult, sometimes I can't even figure how I will make my way in the world. My dad is in jail and my mother doesn't take good care of me. Half the time I live on the streets until Child Welfare catches up with me and makes me go to the Tennessee Industrial School. I hate it there! I don't have any friends and they work us like slaves. I don't understand why I had to be born into this family; why couldn't I have been born into a good family that cares about me!" "Oh, Robert, when I was young, the family was just that.We were a good family and my son Samuel was a good man. His son John was also a good man and well loved in his community, but he died from a cold he caught that turned into pneumonia. Drugs weren't easily gotten in those days and he died. He was only 36 years old. He and his wife MaryBeth (Bowen)  had several children - James Blanchard 11, Mary Jane 6, your father Albert Lee 5 and Mattie Valentine who was only 2 months old when it happened. Life became twice as hard for MaryBeth who worked as a laundress and she fell apart and wasn't taking care of her children. The state stepped in when he was 13 and took Mary Jane and Albert and put them into the same school you hate so much. It made your dad an angry young man and instead of drawing strength from God to get through the difficult times, he fell into a life of crime. Your mom was a girl who didn't like rules, so he appealed to her. They never should have married, but still, because they did, you are here and you have some choices to make. Choose good over evil, find a way to live on your own - maybe join the service, it will give you discipline which you need. Make something of yourself, the world is yours to conquer - go out and do just that!' These are the best things I can tell you Robert. No one is born a thief, no parent ever looks at his or her baby and says ,"Oh! I hope they grow up to be criminals!" It is all about choices, please make the right ones."
"Wow! I had no idea about any of these things! So much of it makes sense to me now. Thank you so much for giving me clear words of direction. I promise to take them to heart and make you proud. I will be like my grandfather John and make something of myself."

As a side note, Robert did eventually find a home in his teens with a caring family who took him in to help with farm work. He joined the Navy in World War II and when he came back, worked until he put enough money by to start his own business. He was a successful painter and decorator, very involved in his church and Lion's  Club and was well loved by his community. When he died, his family heard many stories of his helping people who fell on hard times. He used his own hard times to learn to care for others. 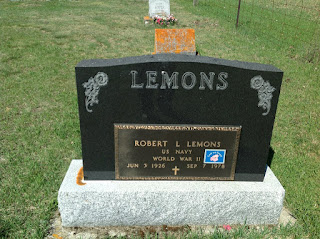