Keys to the Kingdom - Day 3 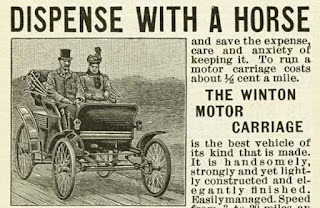 How did you feel the day you got the keys to your first car? It was pretty amazing wasn't it? I sure remember mine - my grandparents bought me a 1961 Chevy Saratoga for my graduation in 1968. They had it fixed up and painted and it was a great old car. However, today is not about me, but the first person in my family to own a car, my great grandfather Peter Riess. My challenge is to write this as if I were Peter.

I moved to America as a young man and was lucky enough to find for me the streets were indeed paved with gold. I learned to be a furrier in Prussia and took my chances to start my own business in New York in 1882.  I had a beautiful house built on Newell Avenue bordering on the Bronx River with a factory in back and hired several people to help with the operation. 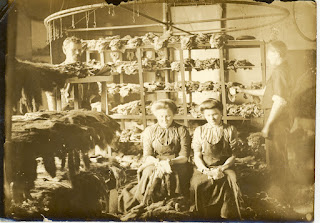 As time went on, I had more and more business
and became quite wealthy. When most people think of motor cars, they think of Henry Ford, but there was a man named Alexander Winton who started working on single cylinder engines in 1896. In 1897 he incorporated his company. The first cars were made by hand, had fancy painted sides, padded seats, a leather roof, and gas lamps.B. F. Goodrich made the tires for Winton. In 1898 he started selling them and I was determined to have one. They were so very expensive, but I was able to come up with the cash and bought the first car in the Bronx in 1899. The only other car in New York was owned by Rockefeller! I couldn't wait for delivery. It was such a beautiful car. 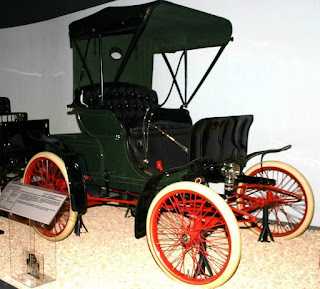 I couldn't wait to drive it around for all my friends and neighbors to see. I was amazed it could go over 33mph! It was difficult to drive sometimes due to all the horse drawn carriages in the road, but it was worth it! So much so, that a few years later I upgraded to a newer model. This one was made around 1900 and you can see my wife and children enjoyed it as well! 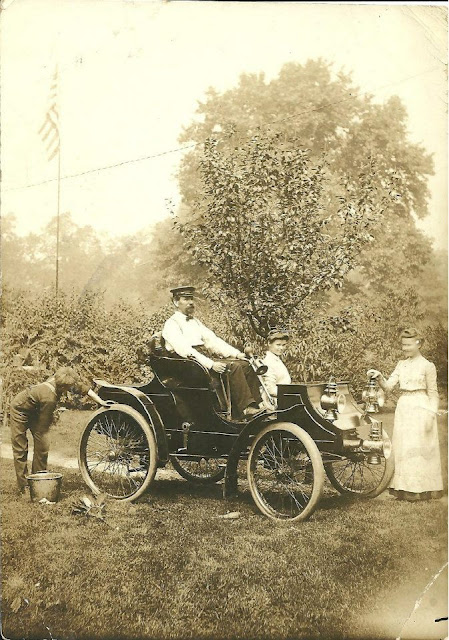 I had many cars over my lifetime, but I will never forget my first car!