SO, similar to November's National Writing Month challenge for writers, Family Tree Magazine is kicking off the 30 day family history writing challenge - now most of you know what a procrastinator I am, but I am going to give it a go.
The first challenge is to write a letter to an ancestor you have never met. Include questions you've always wanted to ask him or her, plus some that reflect what you've already learned about your ancestor (for example, "Do you enjoy your new job?" or "How are you coping with your father's death?"), so here goes. 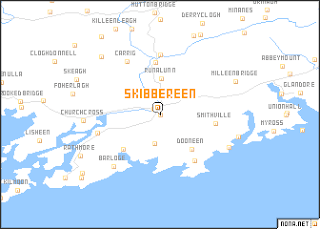 Dear Andrew Cotter,
I am your 4X great granddaughter and I have so many questions about you. I know you came from Ireland and settled in Missouri, but so much is a mystery! I have looked long and hard for your place of birth and I think I am closing in. Were you born in County Cork around Skibbereen or Schull? The reason I ask is you married your wife Johanna Stanton within a very short time after she "appeared" in St. Louis. My digging has found she is from that area and was married to a Denis Driscoll when she left Ireland during the Potato Famine in 1847. He died either on the way over or shortly after which means they were on a coffin ship which went to New Brunswick, Canada. I found her in the lost friends ads in Boston newspapers stating she was widowed and had run off from Duckville, MA with her two younger brothers Denis and James. Her arrival was in New Brunswick in 1847 and she ran away in April of 1849. Now her parents who placed the ad, were in Sandusky, Ohio, so why did she flee with her brothers and then marry so quickly to you? Did you know her in Skibbereen? There are Cotter families there though I have not found you there yet.

I have not found your immigration date yet, but have found two possibilities with a date Jan 28, 1848 and another of Nov 30, 1848 and I am hoping to figure which one was you.

After you two married, you moved to Linn, Missouri. It took me several years to find you as I kept looking in St. Louis. It was a real surprise to find you had 2 children besides my 3X great grandmother Hannah Mariah Cotter. Again I kept looking for you in the census and your little family with no luck. I did find Hannah working as a maid in Linn, but could not find her mother or siblings. Where did they go?
Recently I found you had died in 1855. My gosh you were so young! How difficult it must have been for your wife and children to be left alone. I found your probate records and noticed you bought a LOT of whiskey before you died -

What a short life. You had enough gumption to leave Ireland when people were starving to try to make a living in America. That in itself took great courage. Did you come alone or with family? I did see some Cotters living in Linn, but haven't found a connection yet. What happened to your children
James Andrew and Ellen Jane? Where did they go? I would love to know so much more about your family both here in America and in Ireland as well. I hope this year will give me some more clues to your life.
With Love
Linda
Posted by linda lemons at 8:10 PM