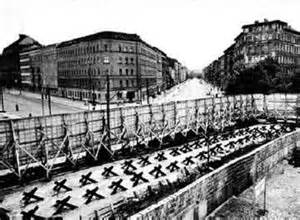 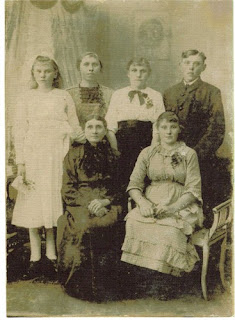 A little background on my ancestor : Bertha Liedke (shown in this photo, back row 2nd from left in 1919) born March 19, 1900 in Nowy Witoszyn/Neuwittoschinn, Kreis Lipno, Prussia/Poland. She was born into a German family living in Poland under Russian rule. Their town was German, their schools were German and they spoke German. I had a hard time figuring this out when I was young. I kept telling my grandmother if they lived in Poland and were born in Poland, then they were Polish. She would always pitch a fit and tell me they were Germans! It wasn’t until I read the history of Poland and saw all the border changes making it German, Russian and sometimes Poland, that I understood. Bertha was my great grandmother’s younger sister. My great grandmother and one brother emigrated to America around 1905, but the rest of the family stayed put. After they married and their parents passed away, most of them left Poland and moved to Germany itself.


Dear Diary,
I woke up to the most astonishing sight this morning! Somehow, during the night, there has been a wall of barbed wire erected on the border between East and West Berlin! I never heard a thing and I live close enough to be able to see it from the window of my apartment. I knew there were rumors that the police were going to tighten the border, but I don't think anyone expected this! Of course everyone immediately went outside to see what had been done. Somehow they managed to tear up some of the street, dig holes and put in concrete posts and then string barbed wire all across it. Not only that, but they have cut all the telephone wires ti West Berlin. We are truly cut off from the world. My sister Augusta and her husband Robert, my brother Adolf and my sister Emma and her husband Edmund all live on the other side of the wall. Oh why didn't we leave while we had the chance? It has not been easy living here to begin with! The communist leaders have been so repressive for many years and a lot of people have gone over to the other side and not come back. It is what Emile and I should have done, but we are old and the idea of starting again with absolutely nothing just wasn't something we thought we could do. We have heard that no longer can we cross the border to see the opera, go to soccer games or plays. We are stuck here forever! Please God have mercy on us!
Posted by linda lemons at 1:09 PM